At the Banana Leaf Apolo, the food is served on banana leaves and diners are encouraged to get their hands dirty.

It’s not every day you find a restaurant where eating with your hands is acceptable. But at the Banana Leaf Apolo in Singapore, everyone is encouraged to get their hands dirty.

As the name suggests, plates have been swapped for banana leaves at this casual, cafeteria-style Indian restaurant on the fringe of Little India. And while using a fork is unthinkable in traditional Indian eating, here at least, diners are given a choice.

The Banana Leaf Apolo, which specialises in south and north Indian cuisine, has been serving its food on banana leaves since first opening its doors in 1974.

As well as being practical (i.e there’s less washing up), the banana leaf is supposed to improve the taste of food. And in many parts of Asia, as well as Africa and the Middle East, people eat with their fingers because it heightens the sensual connection to food. 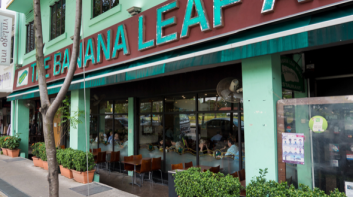 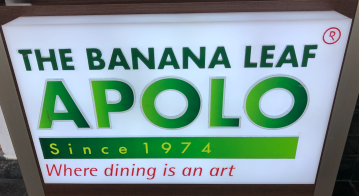 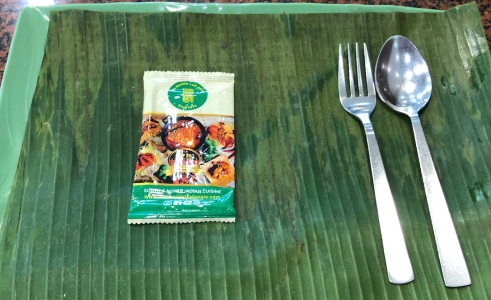 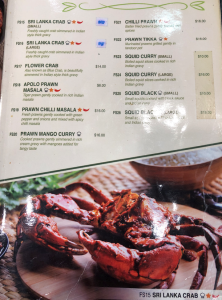 Sadly, most diners at the Banana Leaf Apolo this lunchtime seem to be tourists, so there weren’t too many prepared to get their fingers dirty. But I didn’t let that stop me.

I was told the correct technique is to use your thumb, pointer and middle finger to scoop, and to let only the first two joints of those fingers touch the food. And never eat with your left hand.

Now that’s easier said than done, so after several messy, clumsy attempts I resorted to eating the rest of my meal with a fork. It was fun while it lasted. 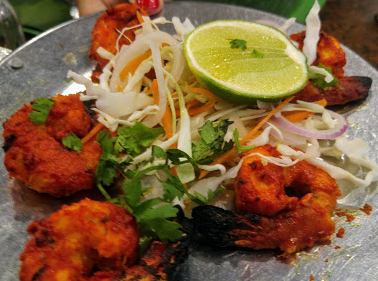 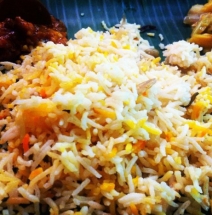 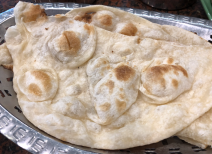 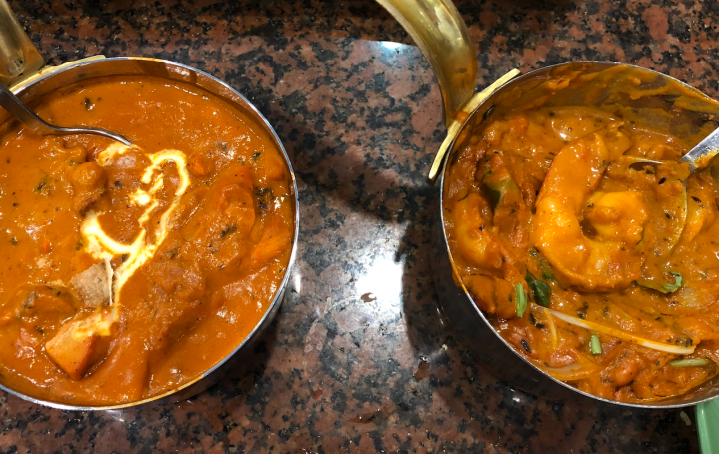 The fish head curry is the signature dish here, a uniquely Singapore dish that has rocketed up the ‘most-ordered’ list since the late Anthony Bourdain raved about it on his TV program No Reservations.

The tangy fish head curry is made with a blend of spices that include fennel, cumin, cinnamon and fenugreek, as well as chilli powder, ground turmeric, and garam masala.

Other popular dishes include masala chicken or prawn, cooked in a thick, fragrant masala mixture, and the butter chicken, which is a popular, mild lunchtime choice with the tourist crowd.

The mutton mysore – a South Indian royal dish of marinated mutton that’s simmered until tender in an aromatic masala mix and topped with fresh herbs – is also popular.

From the north Indian menu, the Malabar prawn curry, cooked with a nicely balanced mixture of ginger, onions, green chillies and mustard seeds, is very satisfying.

Each of the curries is nicely mopped up with some fluffy naan.

The flagship restaurant – just a three minute walk from the Little India MRT and the Tekka Centre – is a popular lunchtime haunt for locals and tourists alike. (There’s also two smaller offshoots – at 48 Serangoon Rd and another at Parkway Parade.)

Perhaps the best thing about the Banana Leaf Apolo is that you could practically dine here morning, noon and night.

Aside from lunch and dinner, the Banana Leaf Apolo opens mid-morning with a menu that includes traditional breakfast items like thosai (savoury pancake), idli (savoury rice cake) and ponggal (rice cooked with lentils).

The one criticism I’ve heard a few times is that the food here is not as spicy as it once was. Supposedly it has been ‘dumbed down’ to suit western palates.

So if you like your curries with a real punch, be sure to tell your server.

All in all, it’s hard to be disappointed with the food or the service at the Banana Leaf Apolo.

The food is fresh, tasty and authentic, the restaurant is clean (and thankfully air-conditioned) and the wait staff friendly and attentive.

This is an independent review. We dined anonymously and no payment of any kind was received.

You Might Have See Our Work In These Publications