With its breath-taking Bay views, iconic bridges and popular landmarks, San Francisco is one of the world’s most snap-worthy destinations. 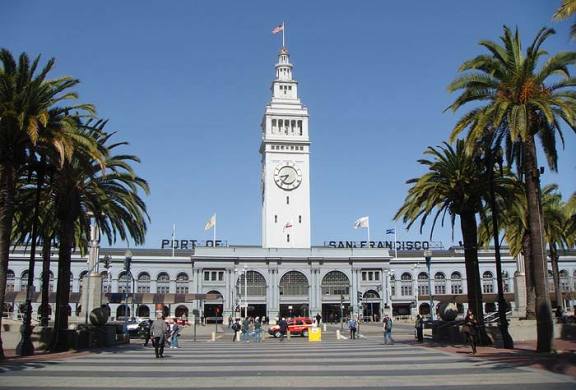 The San Francisco Ferry Building, with its 245-foot clock tower, first opened in 1898 and was once one of the world’s busiest transport hubs. After a four-year renovation, the ferry building reopened in 2003 as a marketplace. 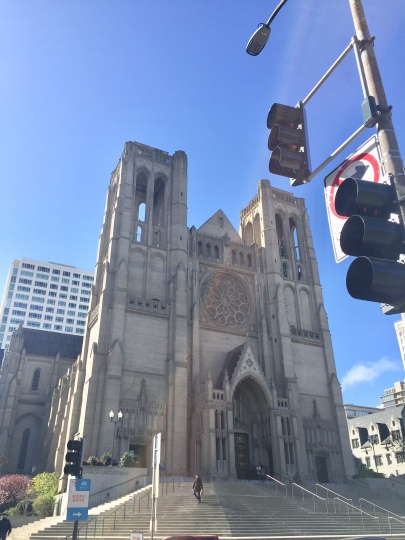 Grace Cathedral is the crown jewel of Nob Hill and Landmark #170 in the city. It’s also one of the few churches with free Wi-Fi for visitors.

People from all over the world visit Grace Cathedral to marvel at its stunning stained glass windows. There are 68 windows by five artists, in three techniques, covering 7290 square feet.

The 48-storey Transamerica Pyramid is a corporate attention-getter built in 1972. Until recently it was the city’s tallest building, but that honour now goes to Salesforce Tower which opened this year at First and Mission Streets.

You can’t visit San Francisco and not drop by the famous Painted Ladies – otherwise knows as “Postcard Row” or “Seven Sisters” at Alamo Square, in the neighborhood of Haight Ashbury. 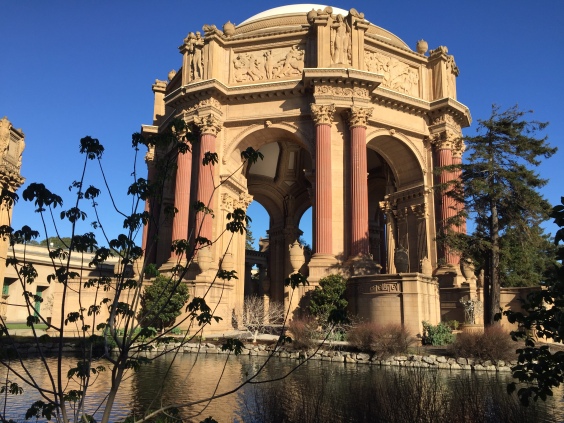 The Palace of Fine Arts, in the Marina district, is one of San Francisco’s true architectural landmarks. 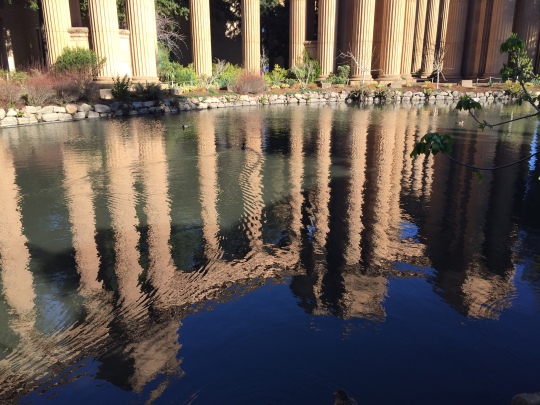 Its Greek-style colonnades and soaring central rotunda make it one of the most singular and recognisable features of San Francisco’s northern skyline. It looks great in your Instagram feed too.

For some of the most breath-taking views of the Bay and downtown area, head to Top of the Mark on Level 19 of the Intercontinental Mark Hopkins Hotel. Ask for a table by the window and sit back and soak up the vistas over a glass of champagne.

They say every great city needs its civic phallus, and Coit Tower is a standout. Resembling a giant firehose (phew), Coit Tower sits atop historic Telegraph Hill and takes in stunning views of the Bay.

Some of the best shots of the Golden Gate Bridge and the Bay are taken from Crissy Field, a former army base in the Presidio district that is now a National Park.

Cupid’s Span, the 60-foot high sculpture on the Embarcadero, has been a long-term love for locals and tourists alike since 2002. The late Gap founder and philanthropist Donald Fisher and his wife Doris commissioned the work by famed pop artist Claes Oldenburg and his wife Coosje van Bruggen.

The Ping Yuen Mural on Stockton Street in Chinatown was painted by Darryl Mar in 1999. It depicts the contributions, aspirations and memories of Chinese-Americans in San Francisco. 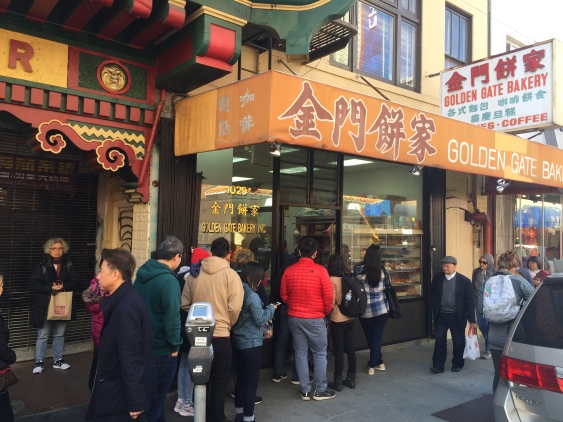 Golden Gate Bakery on Grant Avenue has long lines that often stretch through Chinatown as locals and tourists try to get their hands on their authentic baked treats. People often wait hours for the yolk-yellow egg tarts hot out of the oven.

A rainbow crossing adds a splash of colour at 18th and Castro Street. The stylised crosswalks are an important reminder of the Castro’s gay history. 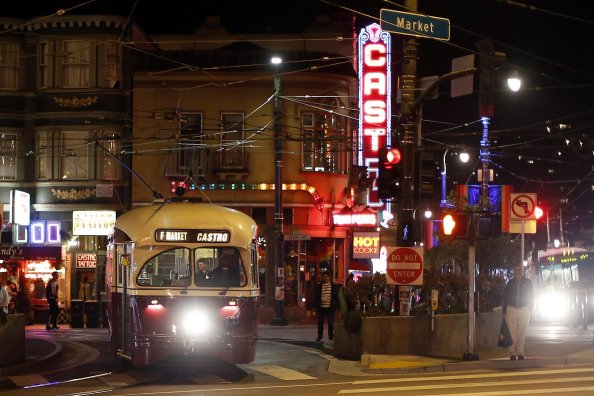 The iconic F-Line street car begins its journey back down Market St from the Castro. 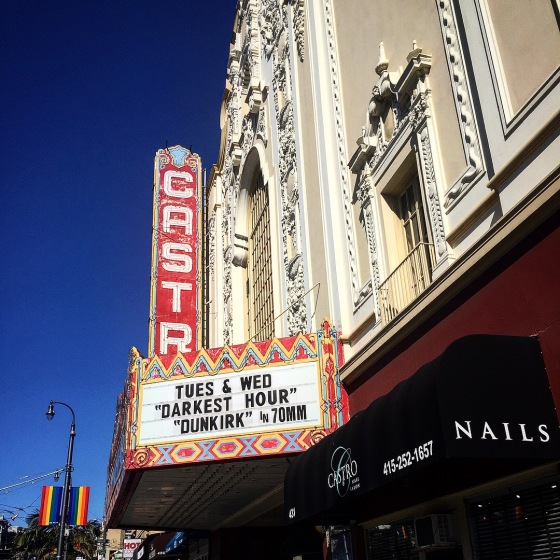 The Castro Theatre was built in 1922 by legendary businessmen, the Nasser brothers. A shiny placard in the foyer reveals the iconic theatre was listed as City Landmark #100 in 1976.

At Pier 7 (520 Embarcadero) walk out on the boardwalk and line your camera up with the Transamerica Building in the background. Locals often do some very serious crab fishing from this long, skinny pier. 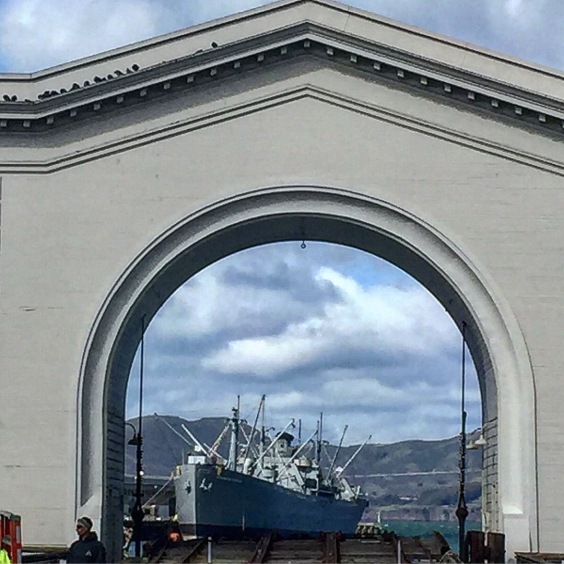 At the Pier 43 Ferry Arch at Fisherman’s Wharf, you can frame up the SS Jeremiah O’Brien warship which sits at Pier 45.

You won’t find many locals at Pier 39 at Fisherman’s Wharf. This one’s strictly for the tourists. Pier 39 is basically a two-story, outdoor shopping mall, with stunning views of Alcatraz and the Golden Gate Bridge, and its own colony of sea lions.

The SF Muni light rail is the easiest way to get across town for a day out at the San Francisco Zoo. From downtown, take the Muni L Taraval line outbound to the Zoo. The Muni runs both below ground and above ground. 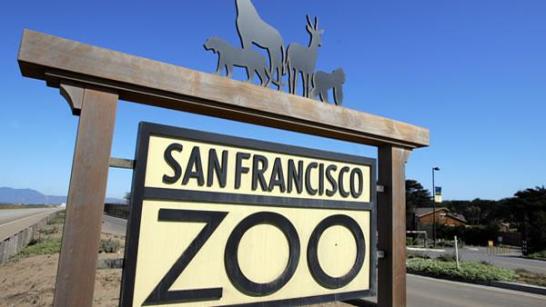 It’s a bit of a hike from downtown San Francisco, but just getting to the Zoo is half the fun, particularly for out-of-towners. Before heading inside the zoo, check out Ocean Beach, across the road, if the weather’s nice.

Get out of the city and explore the famous coastal redwoods at Muir Woods National Monument Park. The trees here range from 400 to 800 years old and can grow up to 250 feet high.

Located on Highway 121, at the southern end of the Sonoma Valley, Cline Cellars is a 350 acre wonderland for wine lovers. Stop by the tasting room in the 1850’s farmhouse, which is decorated with pumpkins every Halloween.